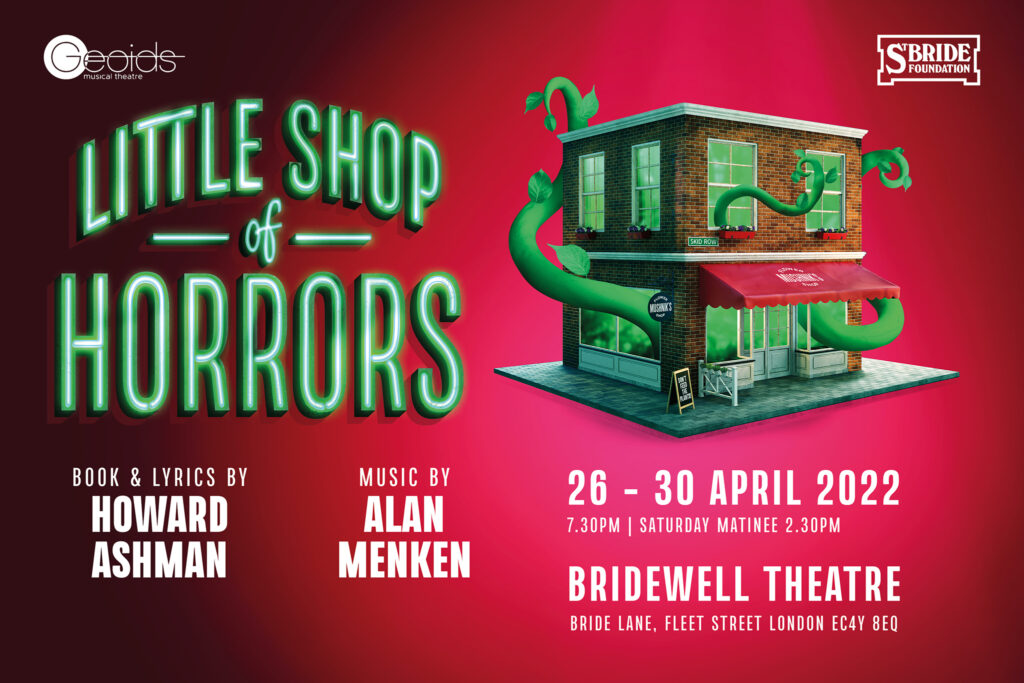 Little Shop Of Horrors takes us to the dead end streets of Skid Row, where for a bunch of misfits, life is full of broken dreams and dead ends. But suddenly, there’s hope on the horizon for flower shop assistant, Seymour, when following a solar eclipse he discovers and cultivates a mysterious new plant with killer potential and a blood thirsty appetite.

This "mean green mutha from Outer Space" seems to promise Seymour all his heart desires: fame, fortune and even the love of his kind, sweet, co-worker Audrey? Is this his long-awaited ticket out of Skid Row? But at what cost?

Little Shop Of Horrors is the stage musical of Roger Corman’s hilariously zany film, with screenplay by Charles Griffith. With a book and lyrics by Howard Ashman, and music from Alan Menken, who has written for numerous Disney films including Aladdin, The Little Mermaid, and Beauty and The Beast. A horror comedy rock musical, popular songs include the likes of Skid Row (Downtown), Somewhere That’s Green, and Suddenly, Seymour.

Tickets for this darky comic cult classic being performed from 26 - 30 April at the Bridewell Theatre are now on general sale at ticketsource.co.uk

We're sure they will be snapped up, so book early or risk missing out.

This amateur production is presented by arrangement with
Music Theatre International (Europe)
All authorised performance materials are also supplied by MTI Europe
www.mtishows.co.uk

News about Little Shop of Horrors